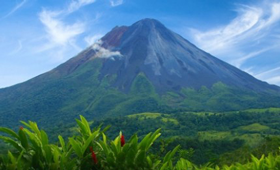 The country's capital, San José, located in the Central Valley Intermontano, is the core of the call Metropolitan Area, which has an extension of 170 square kilometers and a population of about two million people, including floating population. Offers, like many other parts of the republic, historic sites, which speak of gradual, peaceful and democratic path taken by the Costa Rican people and indicate the national will to reach higher levels, based on the best that the world offers in every age. You can take a tour which shows the city of San José, historical monuments, museums, parks and residential areas. It starts at the Parque de la Sabana and Rohrmoser which is one of the most beautiful residential areas continues through the central county, passing through Central Park and Metropolitan Cathedral. The first stop is at the opulent National Theatre which is an architectural gem built in 1897.