The avifauna of Monteverde include permanent resident species, long distance migrating species and altitudinal migrating species, which is characteristic of areas in or near the mountains in the Neotropics. Ninety one (91) species, (21%) of the bird fauna of Monteverde, are long distance migrating species that mainly reproduce in North America and pass by Monteverde during migration or spend the winter in the area. Four species like the Tailed Kite (Elanoides forficatus), the Piratic flycatcher (Legatus leucophaius) and the cabecigrís Vireo (Vireo flavoviridis) reproduce in Monteverde and migrate to South America during the non-reproductive period. Sixty-eight (68) of the bird species in Monteverde are altitudinal migrating species in the Central Mountain Range and other places in Costa Rica and probably make similar seasonal movements in Monteverde. Most bird species in Monteverde are primarily insectivores given that plants offer a wide variety of fruit. Epiphytes are important resources for both frugivorous birds as well as insectivorous birds at Monteverde. 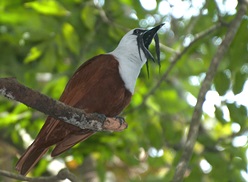 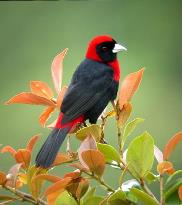 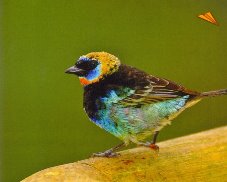 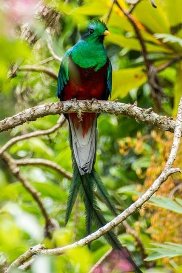 Price per person since: $35 Book

Contact us for details and help with Birdwatching Tour Los Cipreses